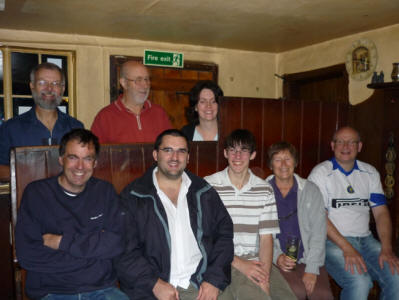 Congratulations to Tim and Naomi (Poo) Shaw, ringers at Halesworth, Suffolk, on their 40th wedding anniversary on 23rd July. An attempt for a quarter of Oxford Bob Triples a couple of days after the event failed near the end, but the rerun at Wilby on 13th August was successful.